The average BOTOX® treatment price ranges from $350 to $500 for each area injected. BOTOX® injection cost can vary greatly according to geographic region and depending on the doctor who performs the procedure. For those on a budget, convenient BOTOX® financing plans can make treatment easily affordable.

In 2015, the national average cost of a BOTOX® injection was between $10 and $15 per unit. However, the cost of BOTOX® treatment varies from area to area. In 2015, the northeastern United States had the highest BOTOX® average cost, at just over $500, while the western states had the lowest average, at under $370. It is important to keep in mind that these statistics may be somewhat misleading, as the cost of BOTOX® injections in Los Angeles will almost certainly be higher than BOTOX® treatment price in say, a rural area of Pennsylvania.

The cost of your BOTOX® injections will depend on other factors as well. The qualifications of the surgeon, the time of year, and how many injections you are receiving may all come into play when determining your final BOTOX® treatment cost.

Most practices have a flat cost for each injection of BOTOX® Cosmetic, though some will break it down by “units” used per treatment. Flat rates are usually somewhere between $300 and $1000, while per-unit rates are usually around $10-15 per unit. Though the BOTOX® Cosmetic price paid by physicians is normally about $400 for each vial (each vial contains 100 units, or enough for about 4 or 5 treatments), the vial must be used within a few hours of opening, so if the entire vial is not used, the physician will often have to throw the rest out. Pricing & Payment Methods – High Quality Generic Botox Costa Rica, Clínica Escazú. 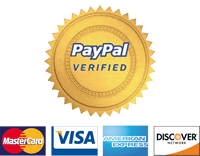